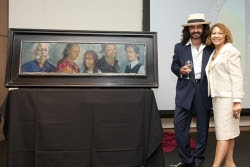 The unveiling of my new work “Learners of Dominguez: Howard, Jenika, Auburn, Chris, Ronald” - turned out an amazing  and personally inspiring experience.

Here is some press about it::
http://www.csudhnews.com/2011/09/csu-dominguez-hills-unveils-final-commemorative-painting-for-50th-anniversary/

Newly Unveiled Artwork Captures the Soul of a Diverse Campus


The project carried a special significance to me as “Learners of Dominguez” represent to a very large degree my views on the role of ART in the contemporary society and on the direction of contemporary ART in the 21st century. The painting is part of the NOVOREALISM project I launched and ideas I discuss with my friends in the web magazine www.novorealism.com 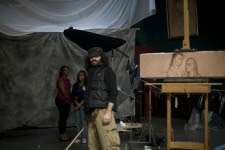 Painting Jenika and Auburn
Steele painted his work in a series of intense live sessions with the CSUDH students.
Filename: AlexeySteelepaintsJenika.jpg

Painting Auburn and Chris
Steele says that the emotional openness and engagement of the students made them "his co-authors."
Filename: SteelepaintsAuburnandChris.jpg 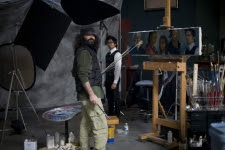 Painting Ronald
Ronald was the first person to see the finished painting as he was painted last.
Filename: AlexeySteelepaintsRonald.jpg 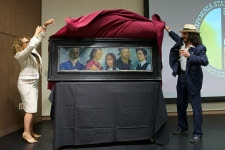 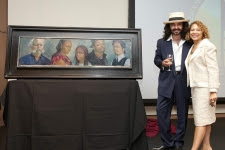 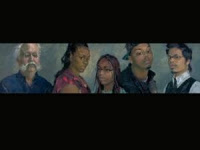 "Learners of Dominguez" oil on canvas, 15" x 60"
Alexey Steele's new painting commissioned by CSU Dominguez Hills to commemorate the 50th anniversary of one of the most diverse campuses in the nation.
Filename: ASteeleLearnersOfDominguez.jpg

Posted by Alexey Steele at 1:57 PM No comments: