"Alexey Steele, a noted Los Angeles artist, was recognized for celebrating the power and beauty of women through his art on a heroic scale in the modern world particularly in his multi-figure compositions “The Circle” and “The Soul of The Hero”. He was one of the 14 distinguished honorees and came to Athens for the Annual Euro-American Women’s Council’s Global Forum sponsored by the Greek Ministry of Foreign Affairs, Ministry of Culture, and the Mayor of Athens. 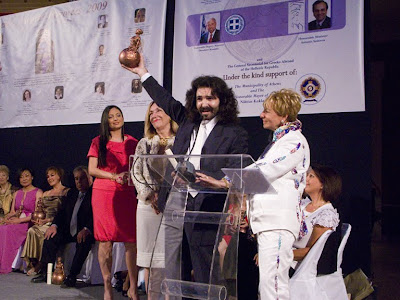 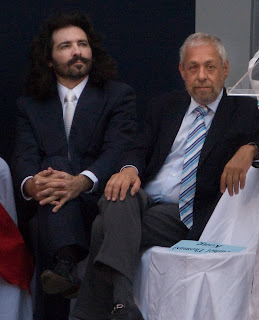 
Alexey Steele also completed an official portrait of EAWC founder Loula Loi Alafoyiannis “Arrows of Artemis” that was unveiled at the main ceremony in the historic Zapio Megaro in Athens. 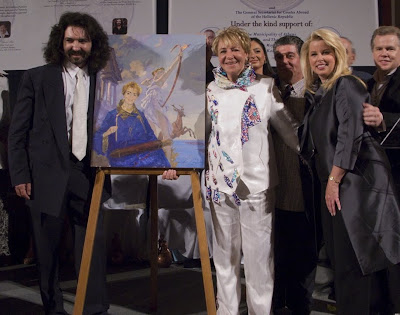 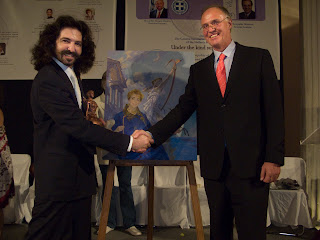 
In the course of the official program in Athens Alexey Steele delivered a speech at the Greek Parliament, at the Athen’s Mayor’s office and was a guest of the Minister of Culture of Greece at the opening of New Acropolis Museum. Alexey Steele further announced the formation of “Artists for Marbles: Artists for a return of Parthenon Marbles to Acropolis” group, based on the belief that representational artists have a special personal connection to Acropolis and therefore shall act as its symbolic international guardians. 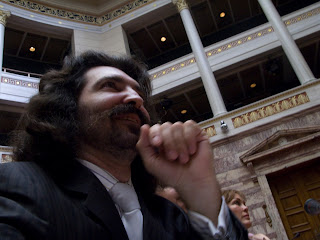 At the Seat of Hellenic Parliament 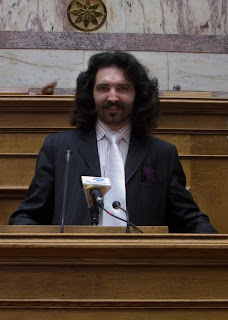 Delivering a Speech on the Return of Parthenon Marbles 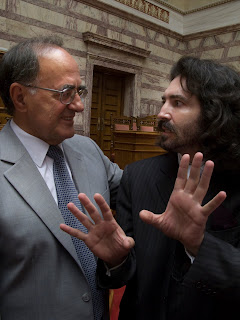 With Mr. George Sourlas, Vice President of the Parliament and Speaker of The House 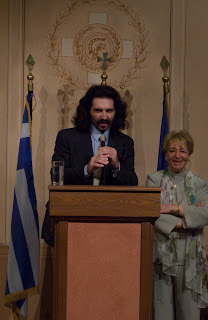 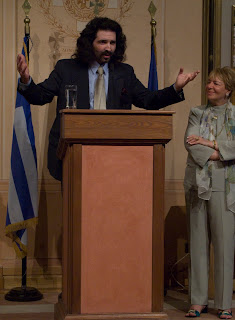 In his speaches Alexey Steele stressed the importance of expressing historic gratitude to British people for preserving the marbles through Greece’s struggle for independence. At the same time, he thinks it is evident that the government of Great Britain has simply run out of argument to continue keeping this unique world treasure.

“With opening of this magnificent museum it is truly momentous and historic to symbolically fulfill the dream and the belief of Lord Byron’s generation in the future of Independent Greece that Greece has now fully realized. It is now time to fulfill the purpose and the mission of preserving the Greek treasures for the World by returning the Parthenon Marbles to the sacred place where they belong and where they will rest in now indisputable safety to be shared in perpetuity with rest of the World. It’s time for “Elgin Marbles” to finally come back home, to finally become again and forever, what they once were – THE GLORIOUS MARBLES OF PARTHENON.”- Says Alexey Steele 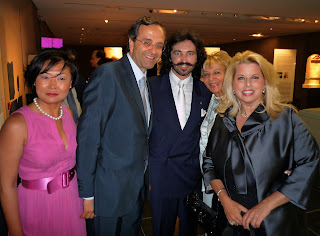 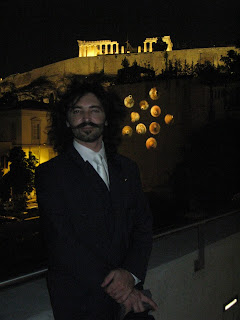