"Daughter of a Shoeshiner" 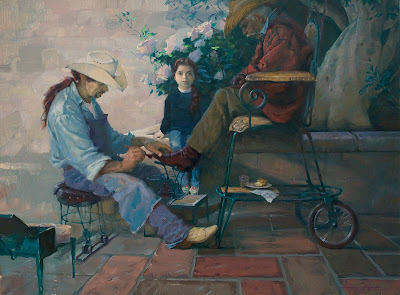 
When I met Jay and his daughter Gaby in San Miguel de Allende, Mexico, the reverence I inherited from my Dad and the Russian Realist School for the nobility in common man came to full force.
In their striking quintessential characters I immediately recognized a link between all the Americas as a sort of “hemispheric” story. Jay spent ten years in Texas before returning to his father’s old shoe shining spot in Mexico. Jay showed me his symbolic drawings representing escape and freedom. His demeanor was that of a rider, his soul was one of an artist and in his heart he was Texan. He served his fellow men.
As I painted them I thought of Garcia Marquez’s multi-generational story, ‘One Hundred Years of Solitude’. The composition of Jay, Gaby and the old man made me think of Leonardo’s ‘Annunciation’ and Andrei Rublev's ‘Trinity’. 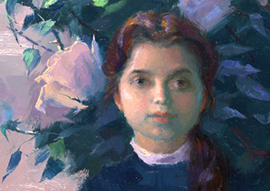 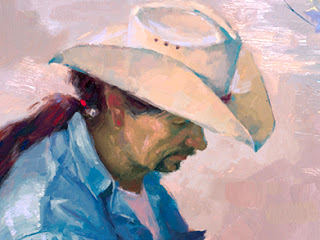 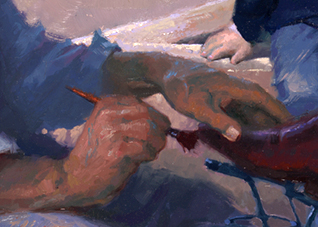 Hands of an Artist 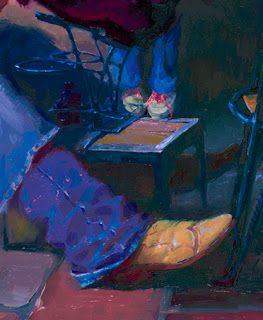 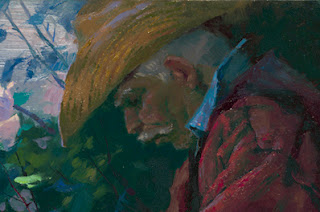 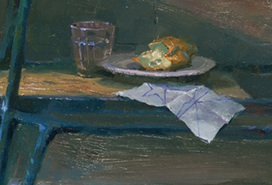